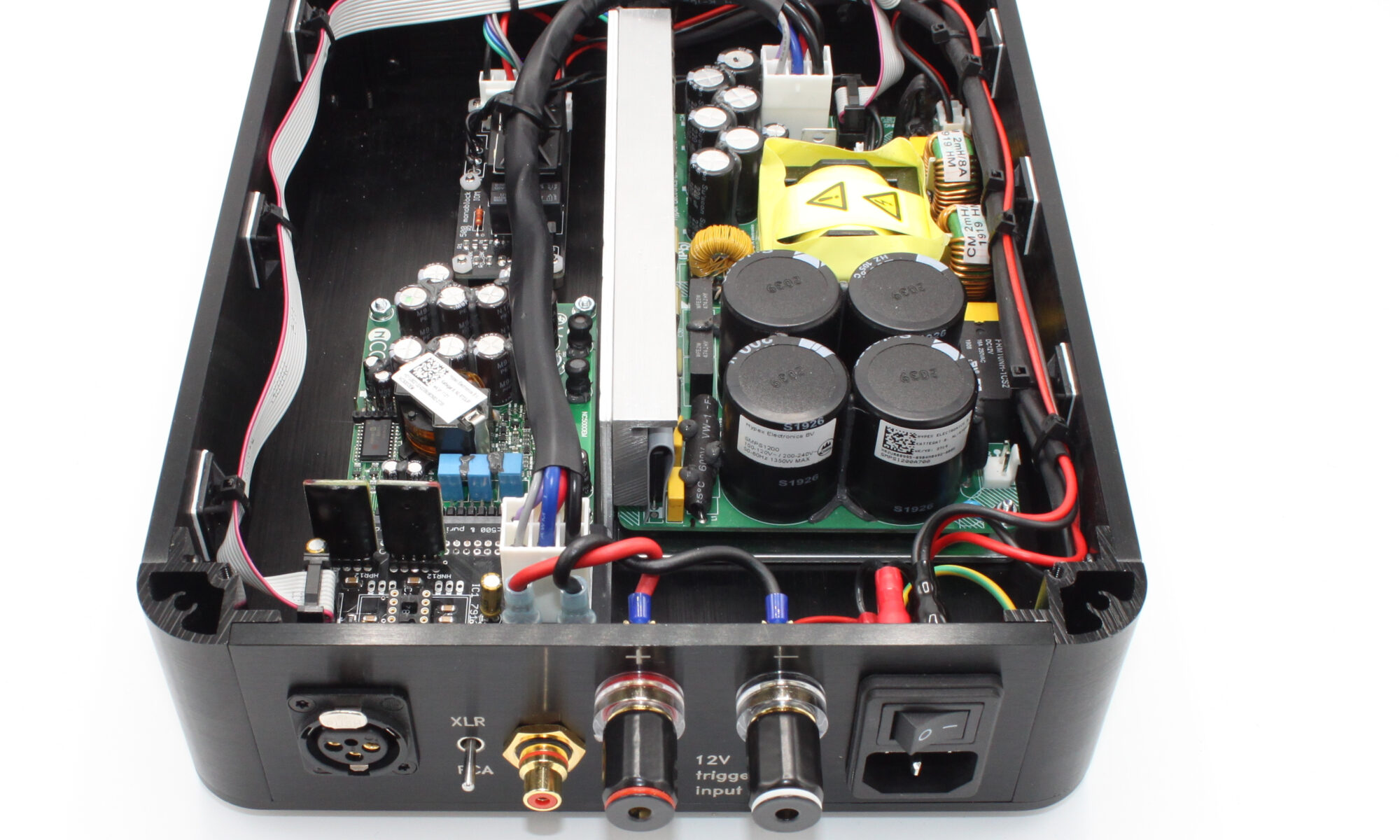 In stock (can be backordered)

The IOM NCore 500 Mono is our high-end mono power amplifier. It’s housed in a compact full aluminium chassis with balanced and unbalanced inputs.

High-end audio quality is guaranteed by using a premium Hypex, N-Core driven amplifier, the NC500, in combination with our custom input bufferboard featuring two OPA1611 opamps. Other opamps are optional.

The amplifier is powered by the Hypex SMPS1200A700 powersupply.

There is a balanced (XLR) input and and unbalanced (RCA) input. There is also a 12V trigger output and a 3dB gain switch.